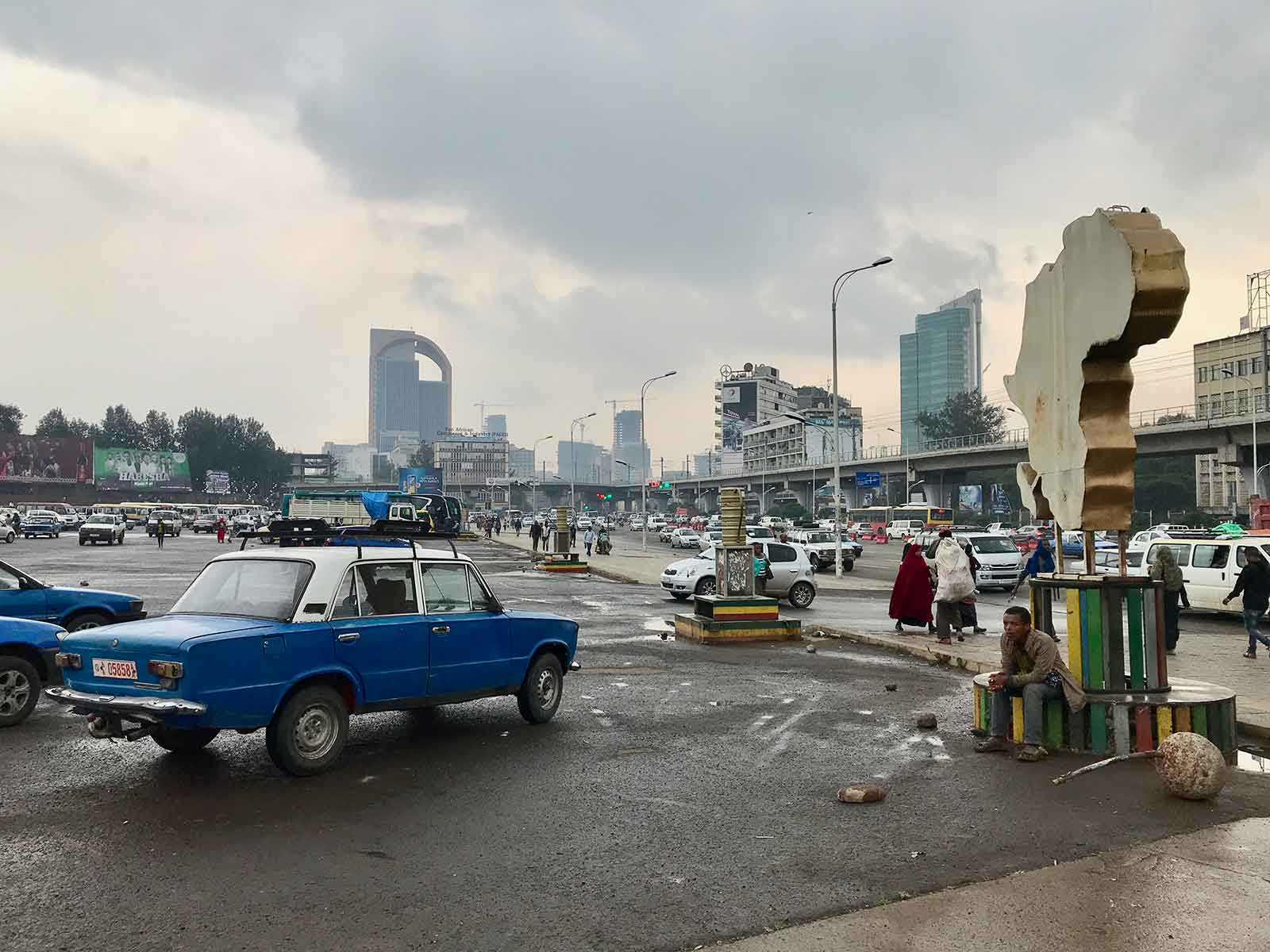 Our destination today is Addis Abeba. In the Ethiopian capital, we are shooting a film on Michael Sallat. Originally from Leipzig, Germany, he is currently based in Addis to support the municipal partnership between the two cities with his expertise.

First of all, we’re off to the ministry of communication where we have to fetch our permission to film. On our way, we try to get a first impression of the city. Addis appears to be one single, large building site – there are half-finished buildings, scaffolding and cranes just about everywhere. Our guide and interpreter Amsalu tells us that many of these sites were abandoned long time ago. Crisis-ridden Ethiopia has been in a state of emergency for eighteen months; many projects have run out of money. In addition to the country’s foreign exchange shortage, corruption lets large sums of money disappear.

Some building sites, however, are bustling with workers. Those are the projects of Chinese investors. In Addis, they are implementing project after project – mostly major projects. Amsalu tells us that Chinese engineers, architects, and craftsmen come to work in Ethiopia for these projects.

After we received our permission to film – diligently listing every place where we intend to film – we are ready to go. Our first stop is Mount Entoto. We are 700 m above the city, 3,000 m above sea level. The view over Addis is breathtaking.

We are filming on the edge of a forest, where we meet several women. They all are carrying enormous bundles of wood on their backs – firewood for cooking.

From Mount Entoto we go back to the city center, to the Mercato of Addis – one of the largest markets in Africa. On our quest for footage, we pass the city’s brand new metro. And guess who built it? Of course – China!

Video Shoot in the Headquarters of Addis Abeba's Fire Brigade

Video Shoot at the German Church School in Addis Abeba