Video Shoot at the German Church School in Addis Abeba 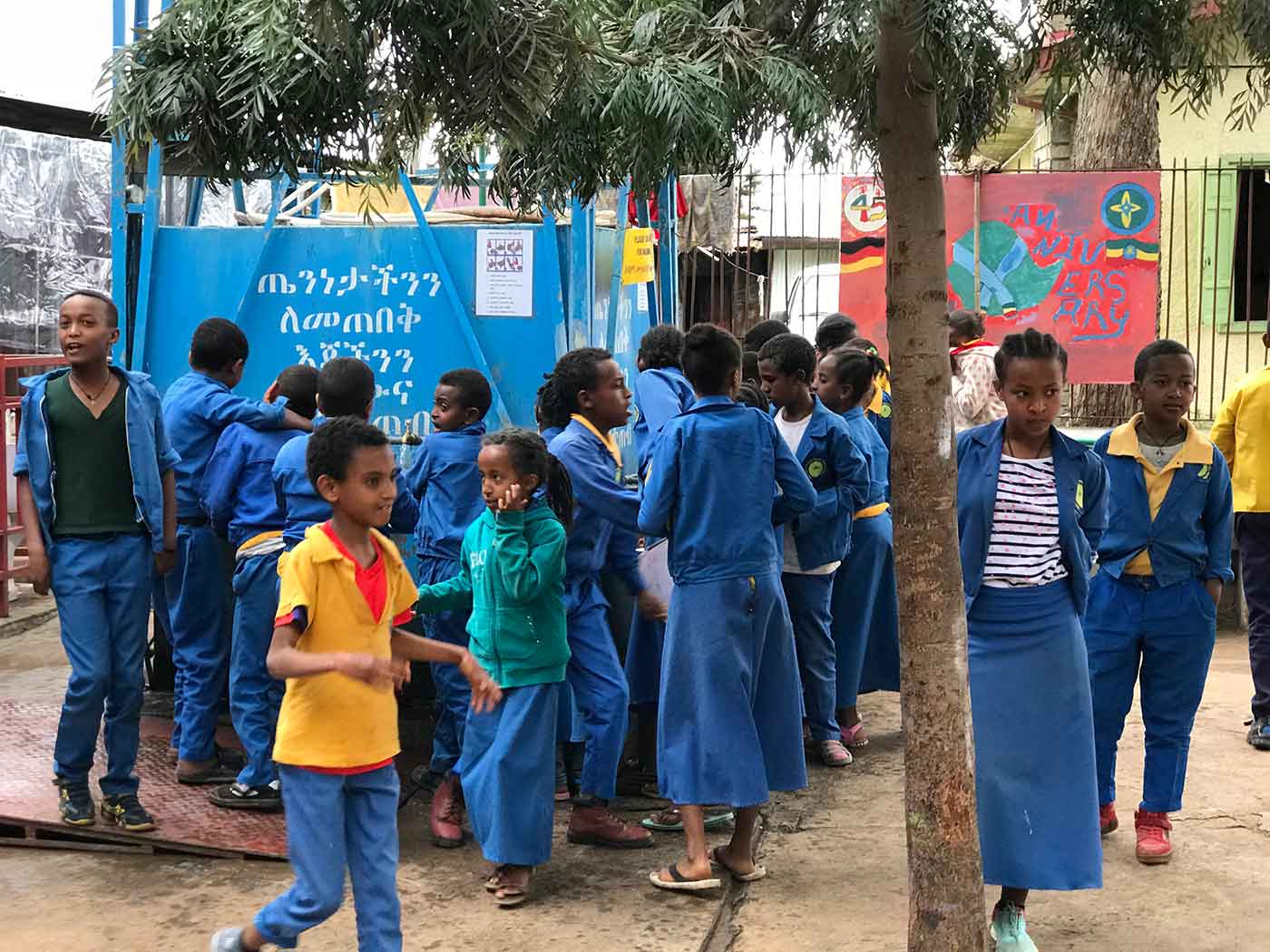 Inclusion is an important topic in the partnership between the cities of Addis and Leipzig. Michael Sallat, specialist on municipalities from Leipzig, tells us that inclusion in Addis comes more naturally than in Germany. “Inclusion just happens – without people thinking too much about it.” This is partly due to lower standards in medical care which has caused people with disabilities to make up a larger share of the population. Polio vaccines are not standard procedures, for example.

The relaxed take on the topic of disability is illustrated in many everyday situations. While we’re stuck in traffic, out driver all the sudden leaves the car to help a blind man cross the street. They exchange a few words and then part again. No shyness, no embarrassment.

We are shooting a video at the German Church School which more than 900 children attend. It is considered one of Ethiopia’s best schools – which makes us appreciate the fact that most kids are from poor families in the neighborhood even more. 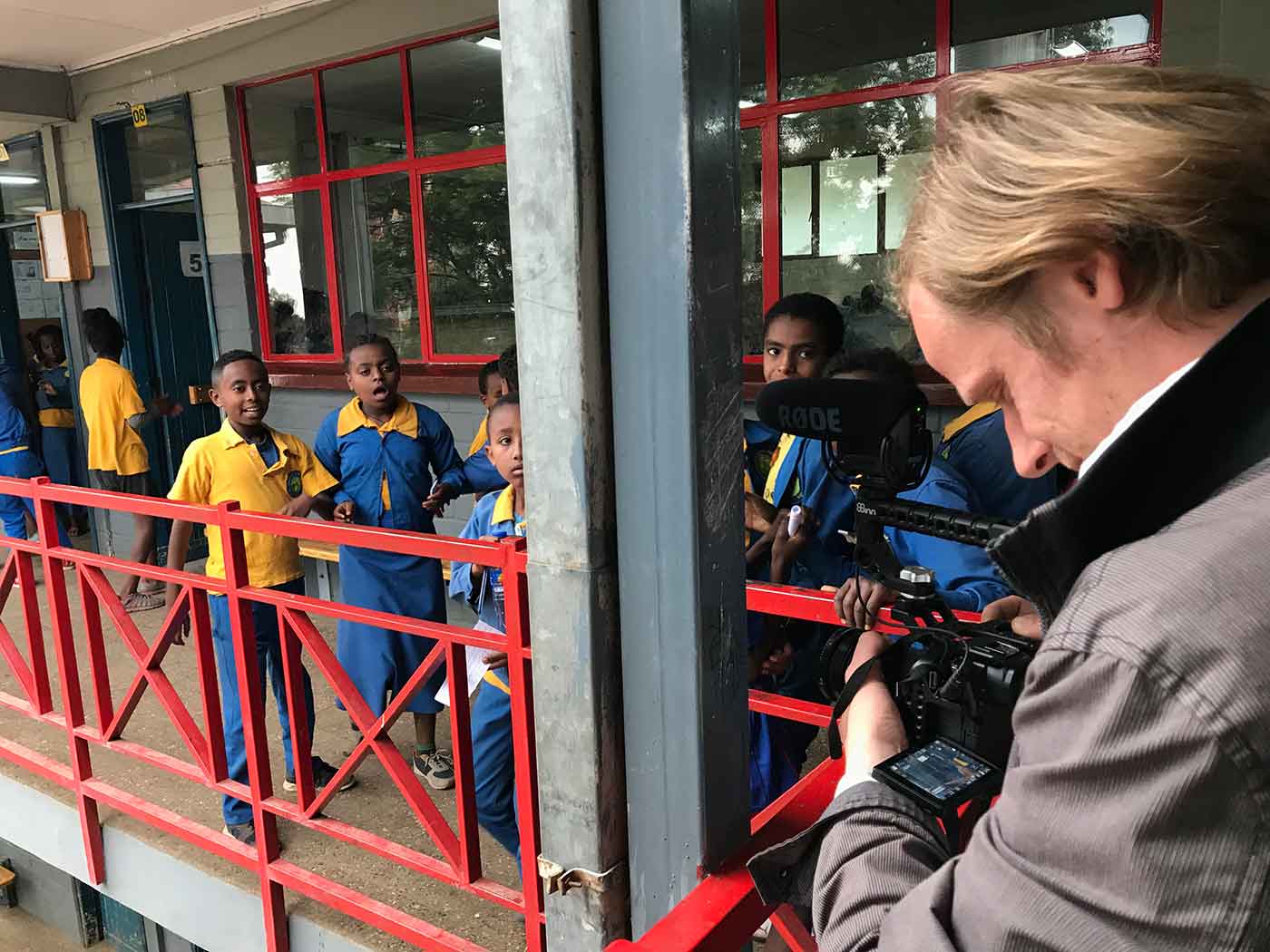 On the schoolyard, our camera is quickly surrounded by a crowd of pupils and it takes some time before we can actually begin. Again, we notice how naturally children who are in wheelchairs or who are blind are included in everything.

Unlike most schools, the German Church School even offers special programs for pupils with disabilities. There is a class where partially sighted and blind kids can touch and feel various objects – from stuffed animals (something hardly any kid from this neighborhoods owns) to a globe. Courses in Braille are also available. 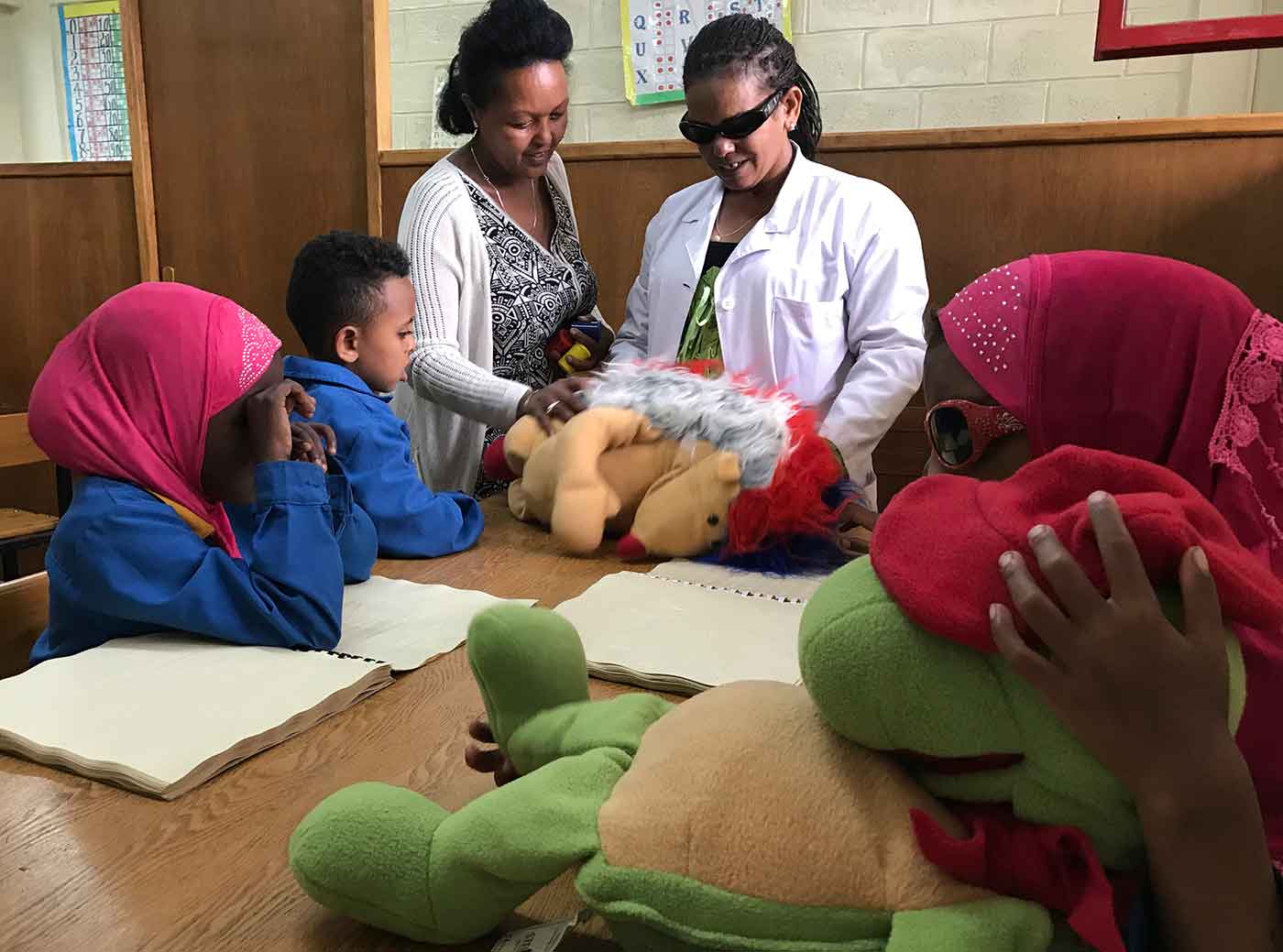 But what touches us the most is the karate class that all children take – those with and those without disabilities alike. All of them are highly motivated and you can tell how proud they are to learn something most of them used to know only from the movies. 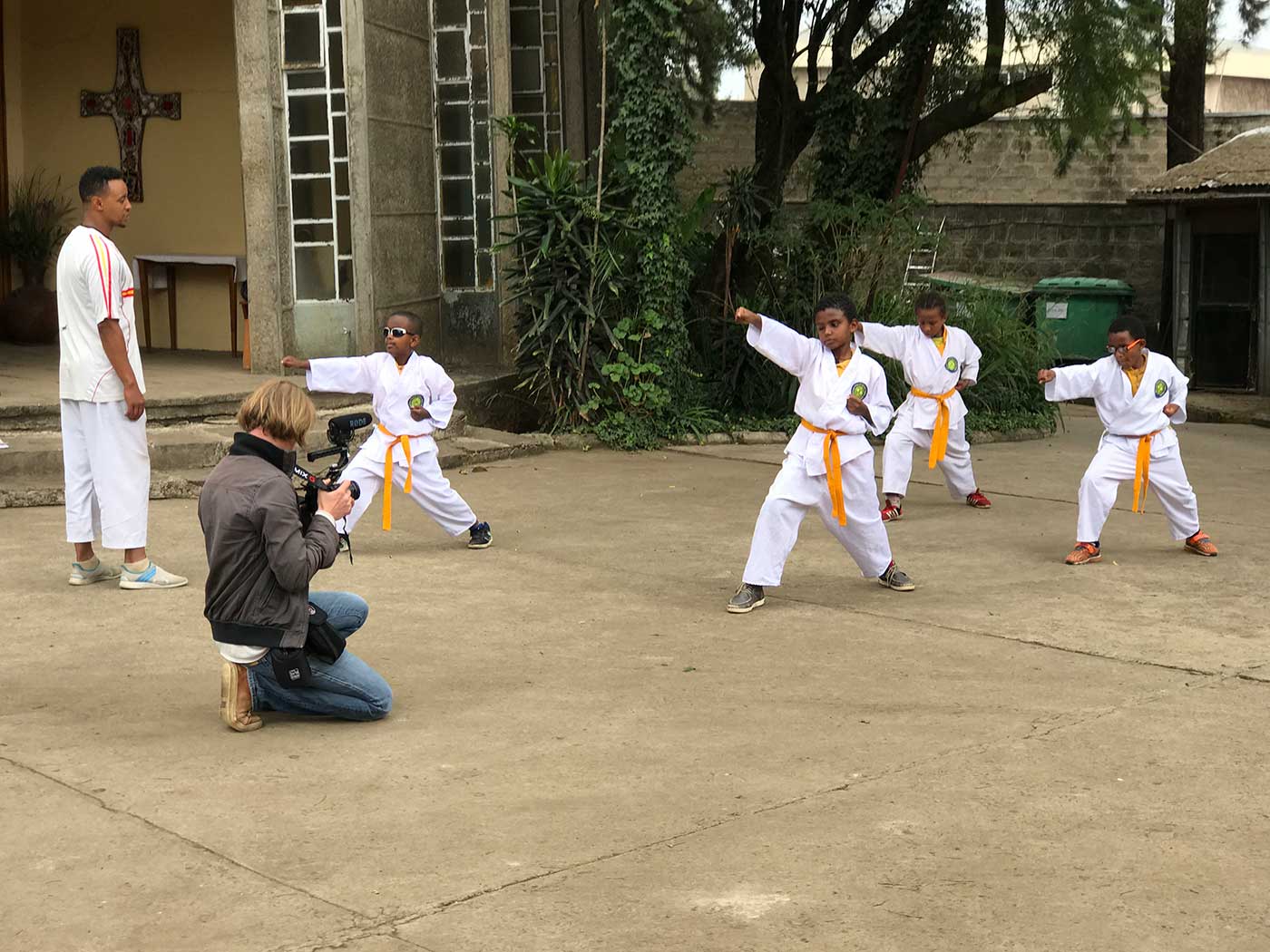 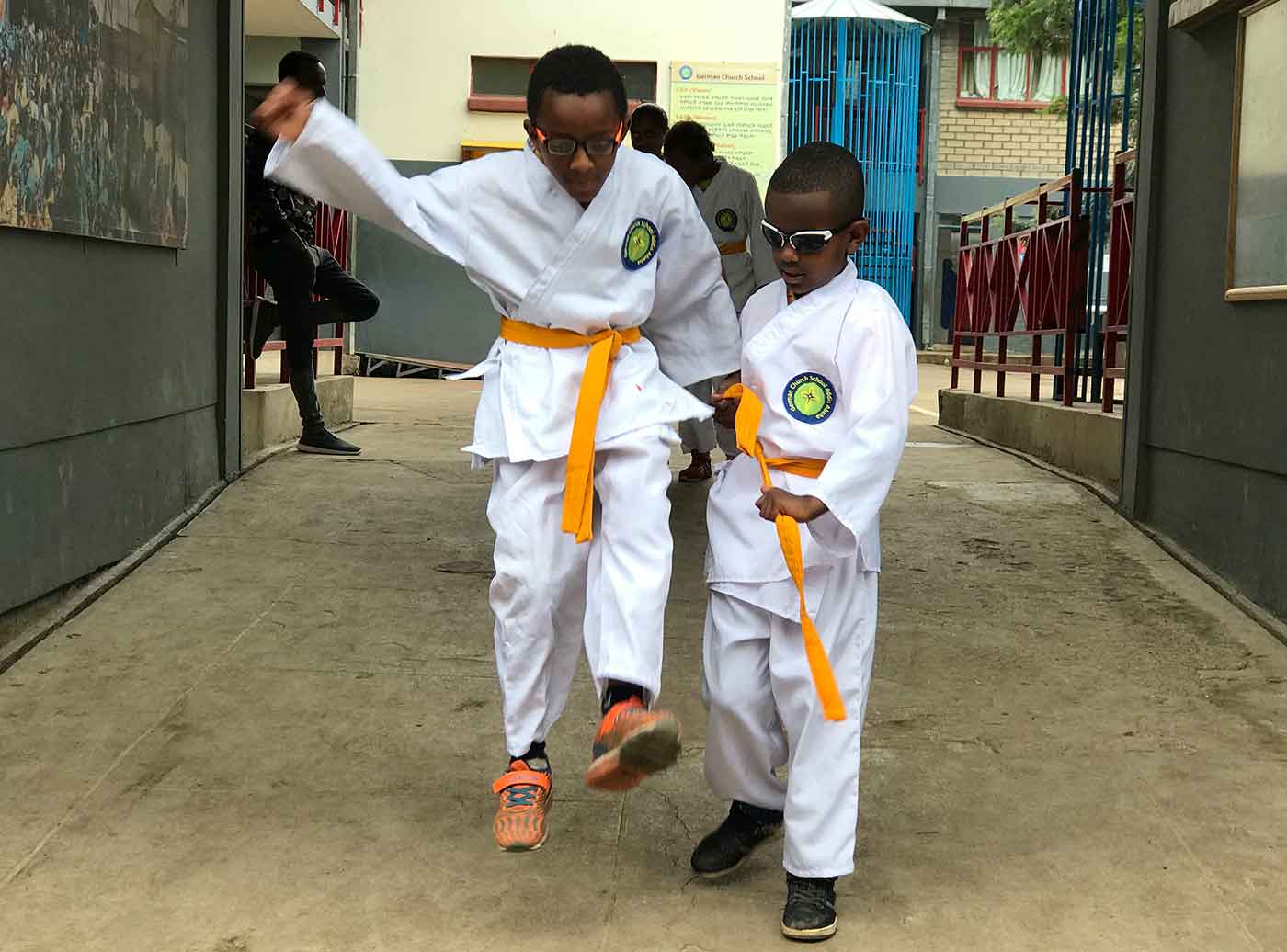 Video Shoot in the Headquarters of Addis Abeba's Fire Brigade

Urban Development Made in China