Tolls are an explosive subject – no matter where you go 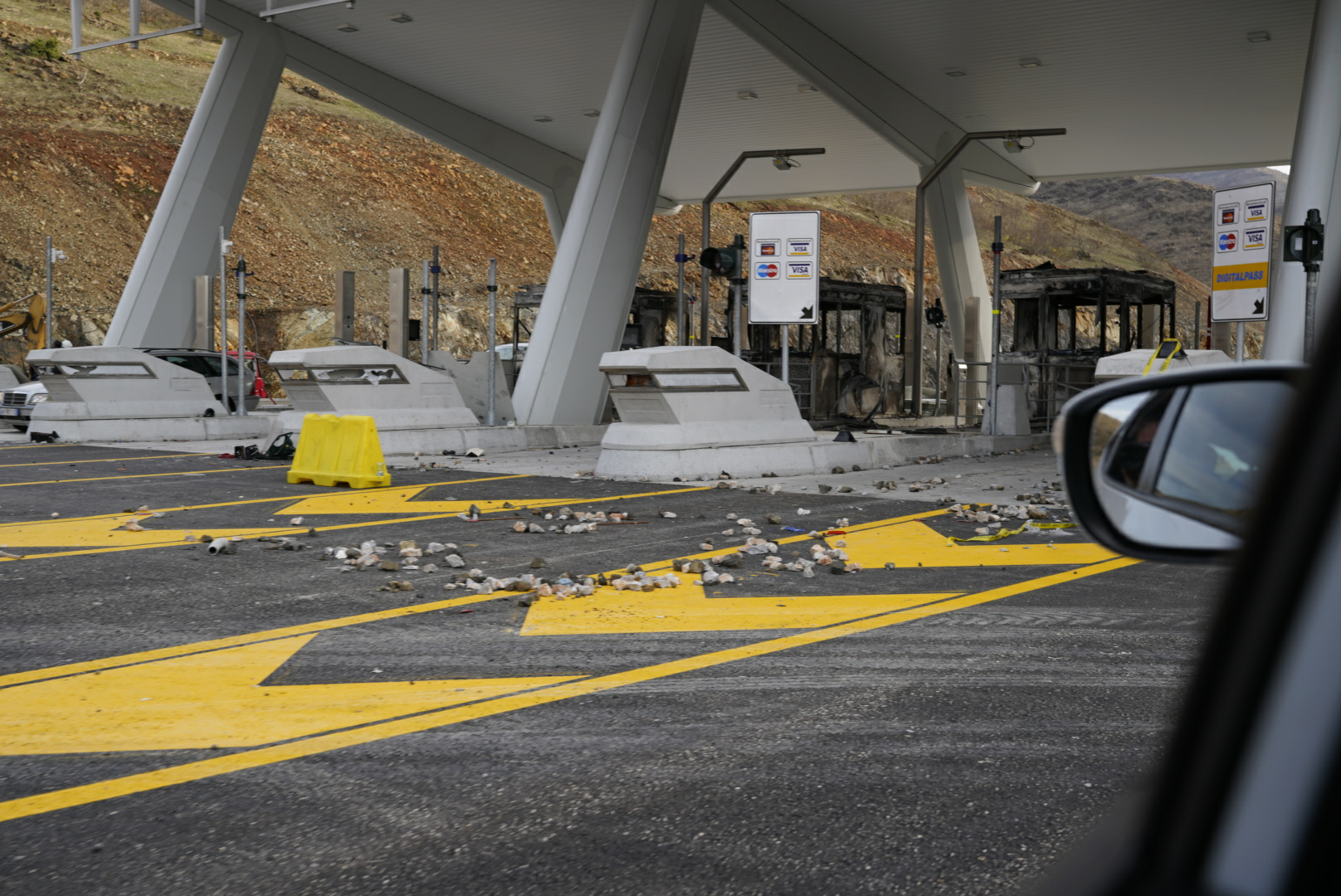 After a big week, it’s time to say good-bye to Kosovo. We’re off to our journey’s next stop, to Albania. On our way, we pass a toll station. We have to pay five euros to take the newly built highway to Tirana. While we find this quite expensive, it appears to be the regular price. Using the highway, we reach the capital in no time.

The next day, our first meeting takes place in Kukes, a small town in northern Albania, not far from the Kosovar border. Knowing that we’ll have to pass the toll station again, we make sure to have the five euros ready. Turns out nobody wants our money this time. The toll station is deserted and all four toll booths are burned down. We are quite surprised, but our meeting in Kukes keeps us too busy to think about it for much longer.

Only when we are back at a bar in Tirana in the evening we think of the toll station again. Everybody at the bar is staring either at the TV or at their smart phones, with everybody watching the same video: in bright daylight, people storm the toll station, tear down the booths, and set fire to them.

Our interpretor tells us about the reasons for the riots: residents from Kukes were outraged over the high toll fees. One should know that some time back, the construction of the new highway itself has already caused a wave of protest. Despite experts warning against high expenses, the government insisted on realizing the project. Today, parts of the highways still have to be completed while other parts are already so decrepit that maintenance costs are soaring.

These costs were meant to be covered by the toll fees. This angered people, who felt betrayed by the government – the way they look at it, their tax money has first been wasted on the construction of a pointless highways and now they are even supposed to save the disastrous project – again with their money? Five euros are a lot of money in Kukes. Sure, the new highway makes for a faster connection to Tirana – but hardly anybody here can afford to make use of it on a regular basis.

The toll charge situation by now also impedes our work. We were supposed to go to Librazhd next, but this got canceled due to safety reasons. The highway has been closed due to major protests against the toll charge.

Yet More Food – Lucky Us!

Winter on the Balkans