Relaxing in the Scorching Heat 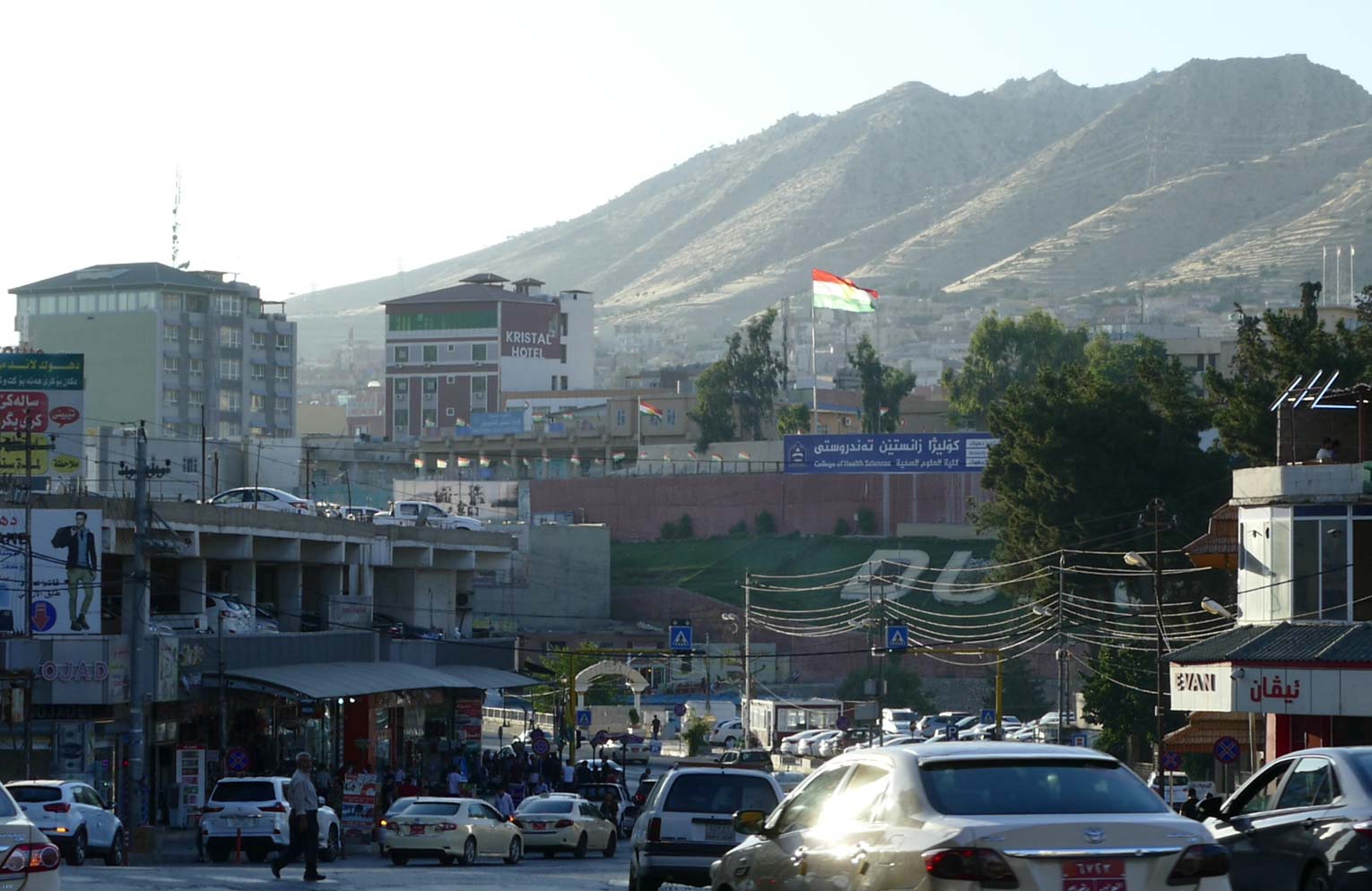 From Erbil, capital of Iraqi Kurdistan, we are on our way to Dohuk دھۆک. The temperature has hit 45°C, the air is bone-dry, sweat immediately evaporates from our skin. During the two-hour trip, out driver insists on proving to us that the roads were built for high speed driving. The sides of the road are lined with people selling water bottles and piling watermelons.

While hardly anyone in our hometown Berlin knows its name, Dohuk is a steadily growing city with currently around 600,000 residents. Several hundred thousands of people have come to the region in recent years: refugees from Syria and especially Yazidis from the Sinjar Mountains. In Dohuk, we support a project by the Jiyan foundation that focuses on community empowerment. During numerous workshops, the participants are introduced to effective self-government and problem solving in the camps and the local social administrations.

Similar to our experience in Kharkiv not too long ago, we realize soon after our arrival that we have to get rid of a bunch of stereotypes – stereotypes that are rooted somewhere among our experiences traveling to Muslim countries and outdated clichés about the Middle East. Instead of a muezzin’s call to prayer, we are greeted by a vibrant entertainment quarter; families roam the city’s streets by night and do not bother too much about Allah’s approval. Above everything sits the big dam, adorned – as many other things around us – in the colors of the Kurdish flag.

The atmosphere – relaxed. People are composed, but friendly and approachable. Kurdish – with some Arabic elements added to it – is the main language; one can sense how proud people are of their autonomy. More than once, we are pointed towards the region’s liberal traditions, such as the peaceful coexistence of Yazidis, Muslims, and Christians. War-ridden Mosul, which had been occupied by ISIS for several years, is only 70 kilometers to the south. In Dohuk, peace arrived as early as the 1990s.

Accordingly, our free time is not at all like you would expect it from reading Karl May. We drink beer while watching the world cup with people next to us playing bingo; we visit a limestone cave that turns out to be a restaurant (with tables and chairs sitting in the water to cool guests’ feet); we visit the historic city of Amadiya on its rock; and we eat ice cream. A retired teacher tells us to visit the ancient buildings: churches, synagogues, it’s all there. “There’s an old mosque as well, but there is no need to visit that. We’re done with mosques here.” 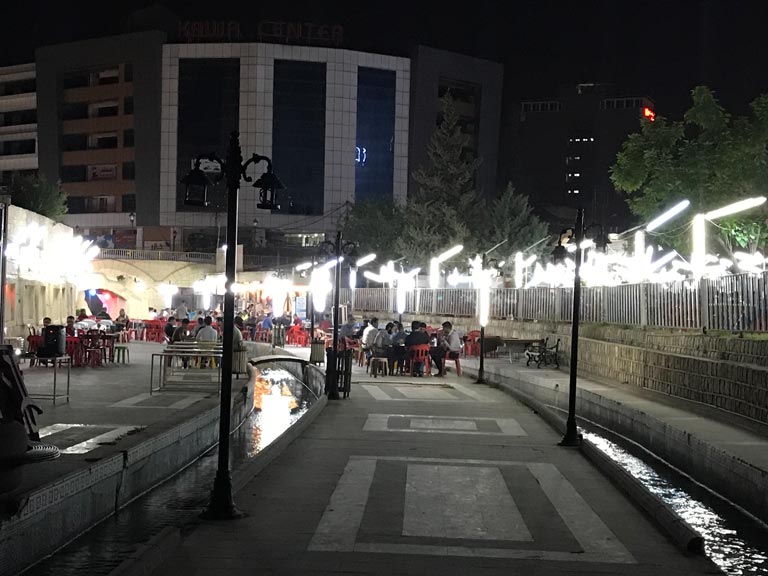 We document the workshop of the Jiyan foundation, conduct interviews, and collect information in order to present the training to a wide audience. There are thirty participants; we are impressed by their curiosity, their open-mindedness, and their will to improve the situation in the camps and the social administrations despite the difficult financial conditions. Germany, one of the richest countries on earth, labels it a national crisis when a few thousand people more than usual enter the country. Meanwhile, the population in the Dohuk region has doubled due to migration within the lifetime of only one generation. And yet, it continues to be welcoming. 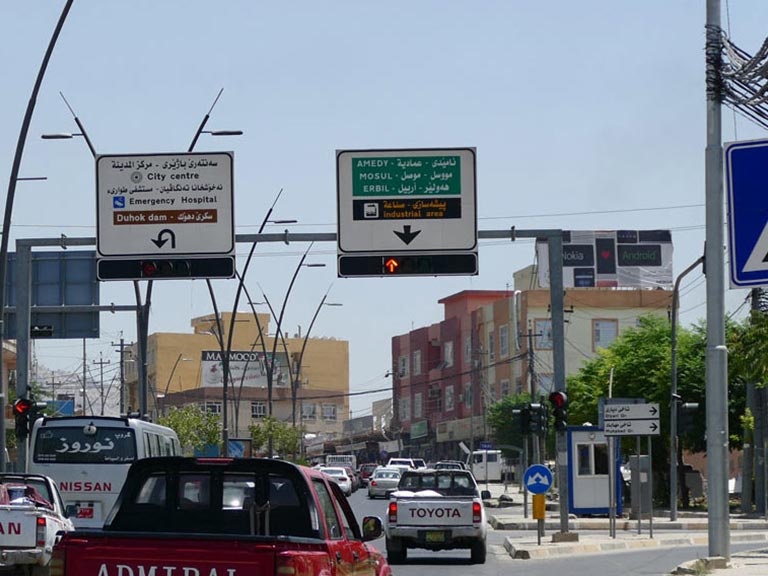 Filming in “Kabarto 1” in Dohuk

Social work in the refugee camp