At the shipyard in Spain

On the way with Mission Lifeline
Eleonore Luftbild 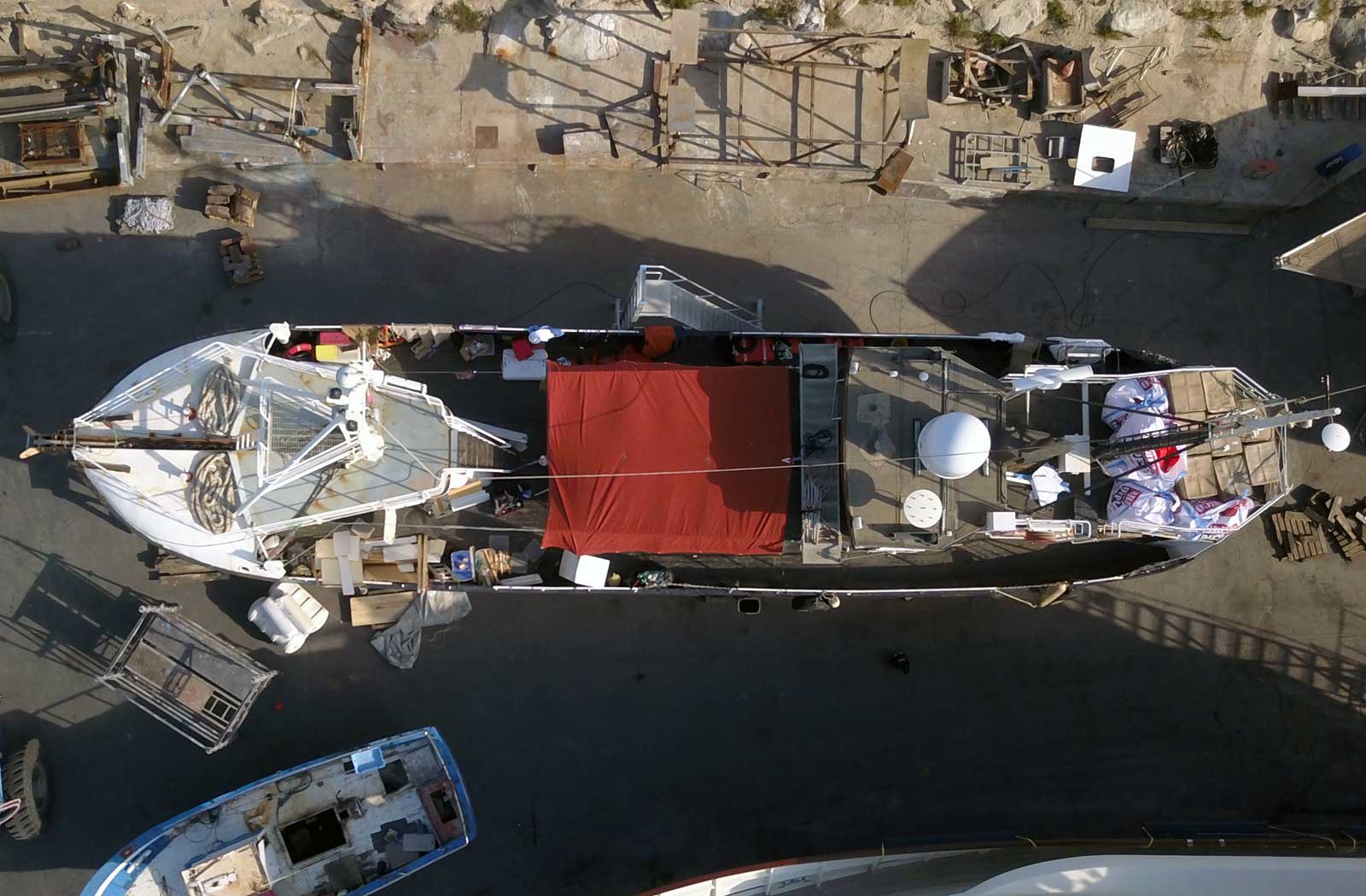 Since last year, we’ve been supporting the work of sea rescue organization Mission Lifeline. Their old ship, the LIFELINE, is still being held in the port of Valetta. To continue their rescue mission on the Mediterranean Sea, the group from Dresden has bought a new ship.

During the busiest (and worst) of tourist season we travel to Spain to interview the crew and to take some shots of the ship. The “Eleonore” lays in a shipyard not far from Barcelona and is being prepared for her mission.

When we arrive in the evening, crew members Richard and Johannes greet us on deck. They offer us cold beers,  which are very much appreciated in the fierce heat. It is even hotter below deck, and so we decide to pitch camp in the open. A fantastic idea – or so it seems until, too early next morning, work in the shipyard begins. Apparently there is some kind of rule saying that angle grinders are the first tools to be used in the morning.

At least, Eleonore’s crew member start their day at a later, more reasonable time. Richard is building shelves into the food storage room, trying to optimize available space so that enough food to supply 100 people for an extended amount of time can be stored. Richard shows us the engine room with its 300HP diesel engine and its generator, which supplies the entire ship with electricity.

After two minutes in the engine room, we’re pouring with sweat – without the engine even running.

The new ship is 20 meters long and 5 meters wide, making it a little smaller than the LIFELINE. There’s access to the latest navigation technologies and, of course, the Internet. Johannes spent the last couple of days installing and testing everything.

The biggest challenge is the hospital ward. Together with two volunteers, Leon is working non-stop, trying to set up an infirmary that equals the standards of a German ambulance, featuring everything from infrared lamps to respirators. To store devices in a way that is both seaworthy and space-saving is not easy. Leon tells us that there were always many people rushing to the infirmary. As a lot of those rescued have not consulted a doctor once in their lifetime, the medical team not only responds to emergencies but also assumes the role of a general practitioner.

There have been quite a few dramatic cases, however: Like that of the young woman who went into labor while still on their small dinghy and gave birth to her child on board the LIFELINE. One can tell how moved Leon is when he talks about situations like that – “How desperate do people have to be to take the route over the Mediterranean Sea?”

The stories we heard and the impressions we gathered on the LIFELINE are still with us when we check in for our flight back home the next day – surrounded by sun-burnt tourists, to whom last week’s biggest misfortune was the lack of bacon at the breakfast buffet.

“Hello everybody! You are listening to the first episode…”