A place for everyone

How the people of KwaMashu reclaim their space 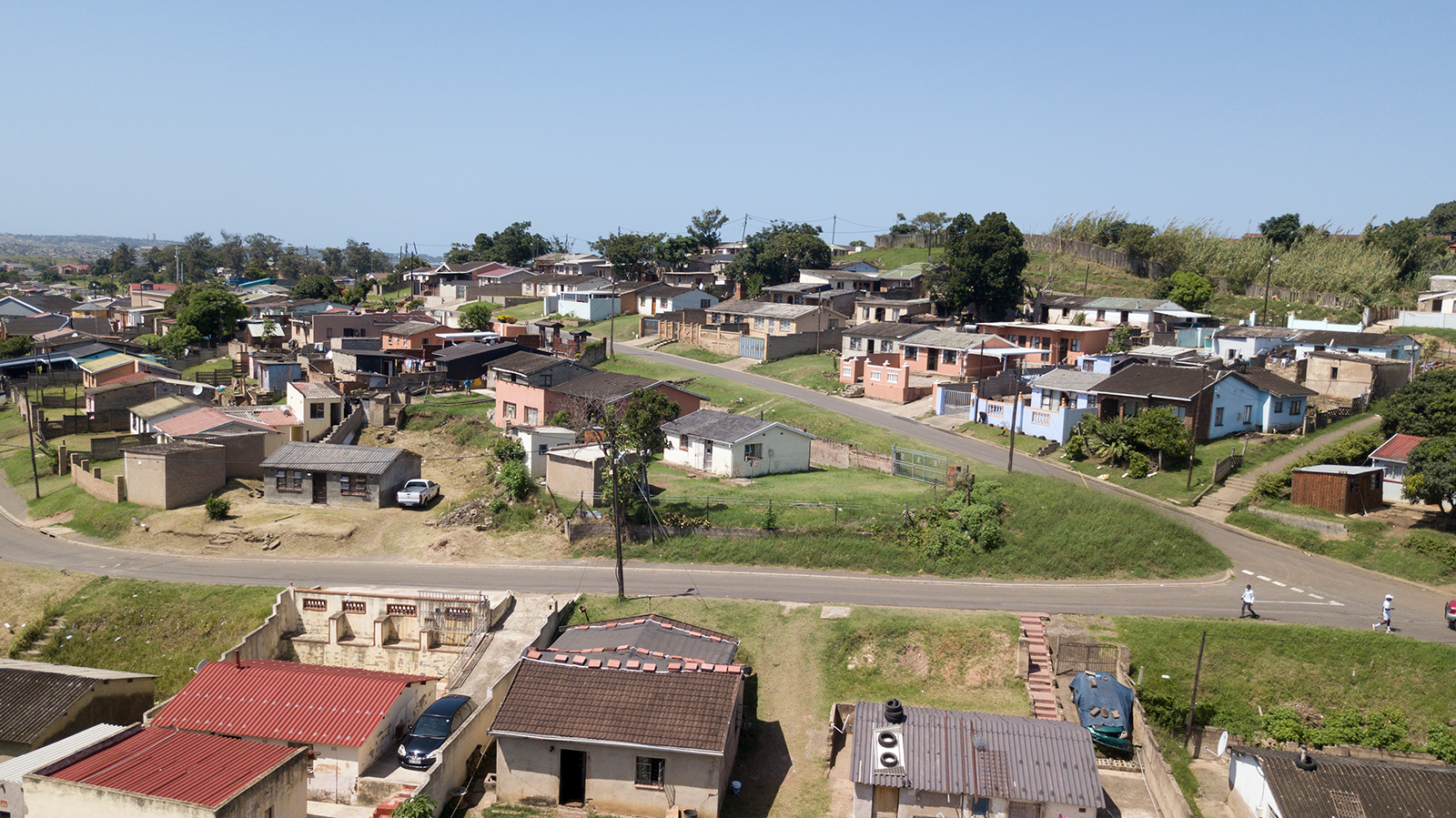 Sometimes, change happens fast. This is good news to Durban-based urban planner Helge Mehrtens from Bremen and her team. On behalf of the twin cities of Bremen and Durban, she works on connecting the township of KwaMashu – some 20km north of the South African city – with a newly (and somewhat frantically) built district center called Bridge City.

As all townships in South Africa, KwaMashu is a nasty repercussion of the apartheid regime. Back then, urban planning meant seperating cities in white and non-white districts – the nicer parts of the city being reserved for the white population. Non-whites were ordered to move to and live in the less attractive parts, which were usually disconnected from the city center or, in the case of Durban, the beaches – from everything that makes a city livable.

To this day, these townships continue to lack sufficient infrastructure, proper shopping facilities, and hospitals: KwaMashu is a purely residential area. Jobs, stores, administrative offices are all located in the old, white, city center. Following the end of the apartheid regime, most white people have left the city center in a hurry and have been living in the outer suburbs since then – for example in Umhlanga (the “hl” from the isiZulu language is pronounced something like “sh”). More than two decades after the end of the apartheid regime, the people of KwaMashu are still separated from Durban’s infrastructure.

KwaMashu is poorly connected to public transport – which is not that well developed in Durban, either. This, by the way, is a key task of Helge’s Boss, who works for the initiative “Go! Durban”. Making a trip to the city center is really expensive for people living in KwaMashu. They spend up to half their monthly salaries on shared taxis to their work places. 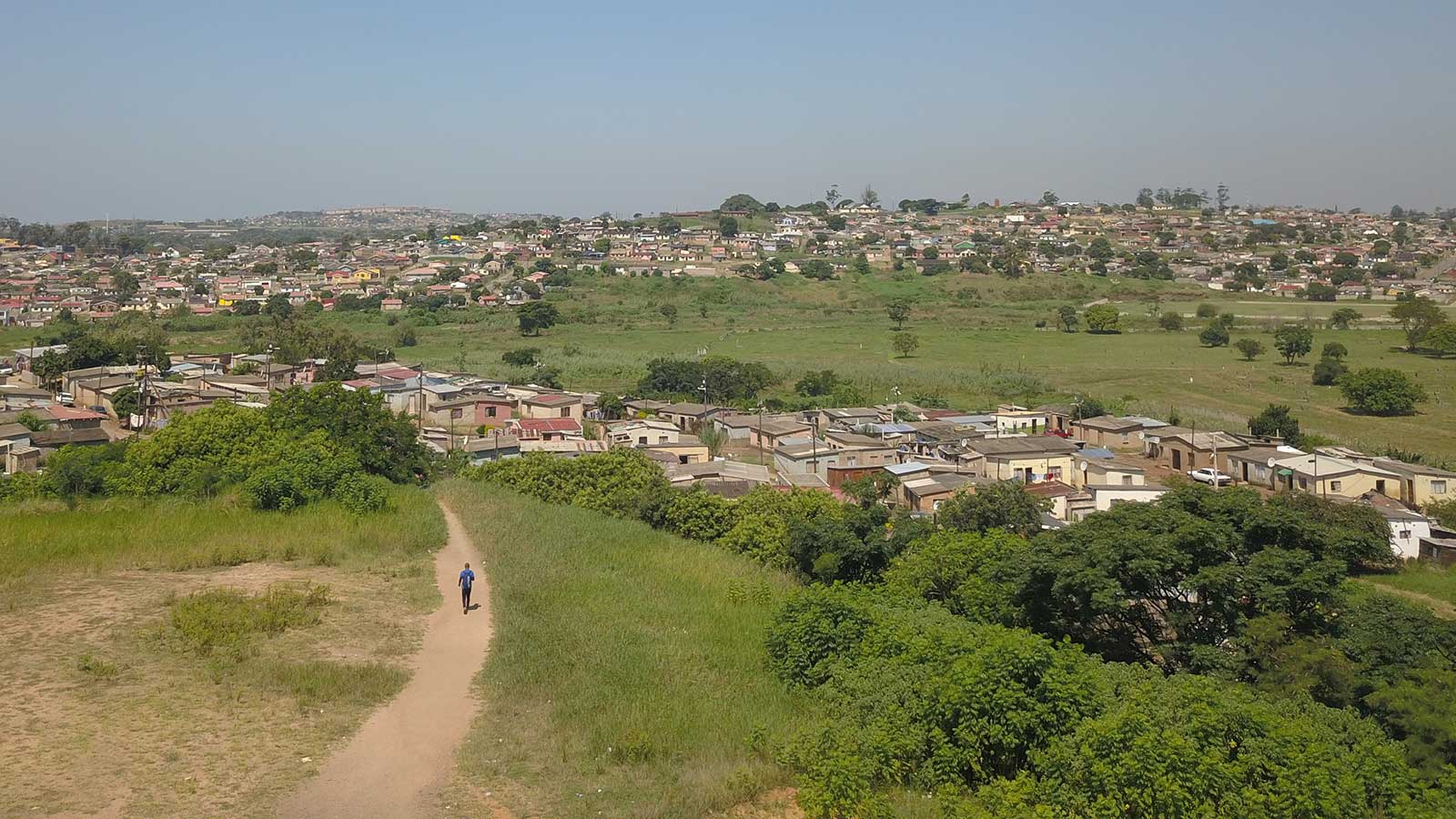 The new city center Bridge City will consist of pharmacies, doctors, a train station and many small businesses. It is hoped to increase the life quality of one million people living in the surrounding four townships. The problem is that Bridge City is not that easy to reach for the people of KwaMashu.

One needs to know that the city of Durban stretches across several hills. Steep hills. Bridge City is located 20 meters above the elevation of KwaMashu. The space between KwaMashu and Bridge City used to be used as a natural barrier. It might sound ridiculous, but this space can hardly be trespassed. Dense underbrush and a lush vegetation make it almost impossible to cross – even though a team of several people makes daily trimming efforts. It was a tricky task to trudge through this with a camera team – becoming even trickier when we were told that there are snakes. Venomous snakes. Like, Black Mambas. 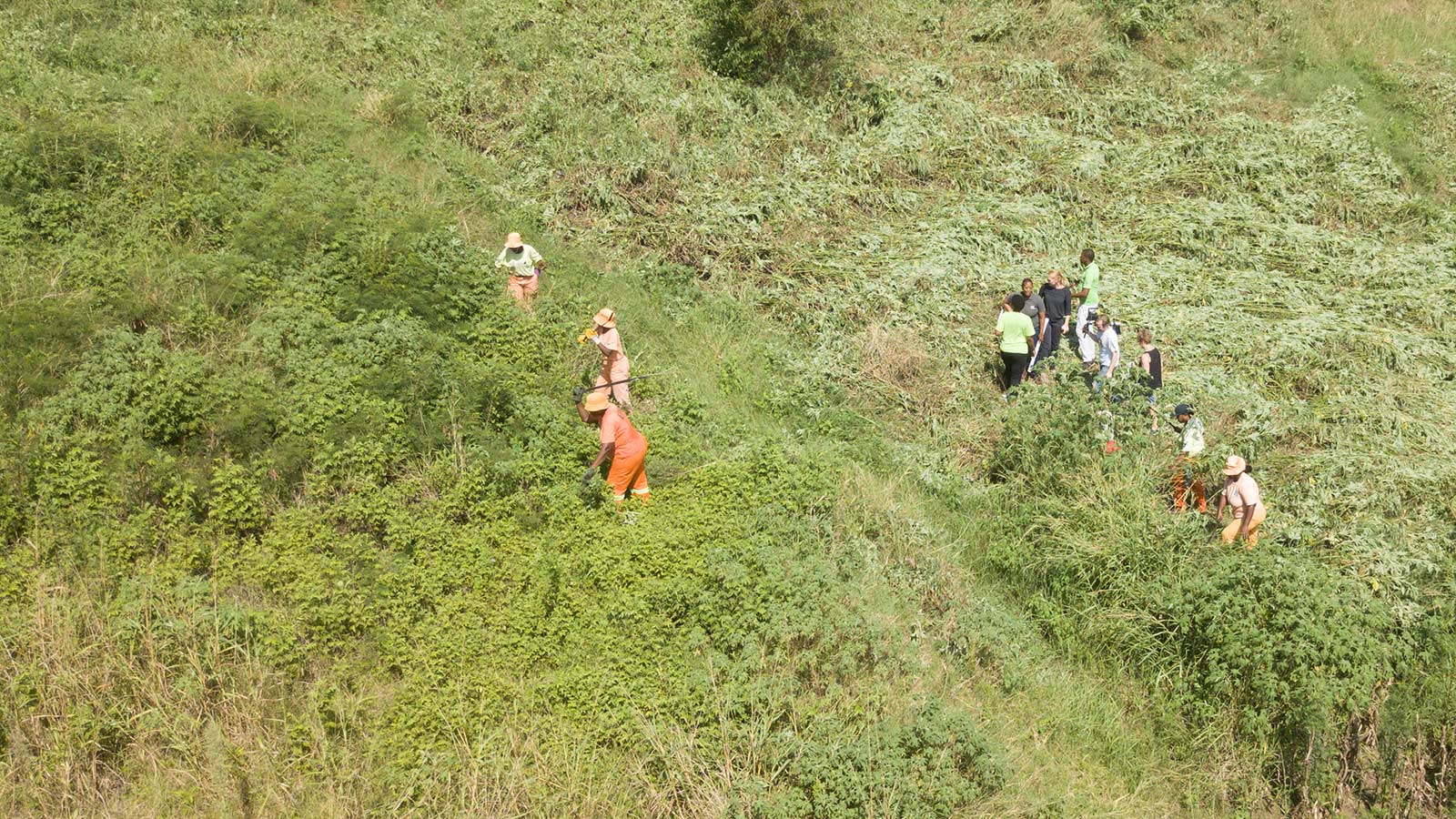 Of course there are narrow paths leading trough the thicket. But there also creeks, cutting deep into the surface – with no bridges leading across. The 20 meters difference in altitude can currently only be surmounted by some informal stairs not exactly deserving that name. However, the biggest danger is to be mugged. Passers-by crossing the space get mugged on a regular basis. Even school kids. With a camera team, we’re only allowed to move about as long as we’re accompanied by security guards. The field has been officially been declared unsafe – as have been many other areas in KwaMashu, Durban, and all of South Africa, thus becoming “no-go areas”. 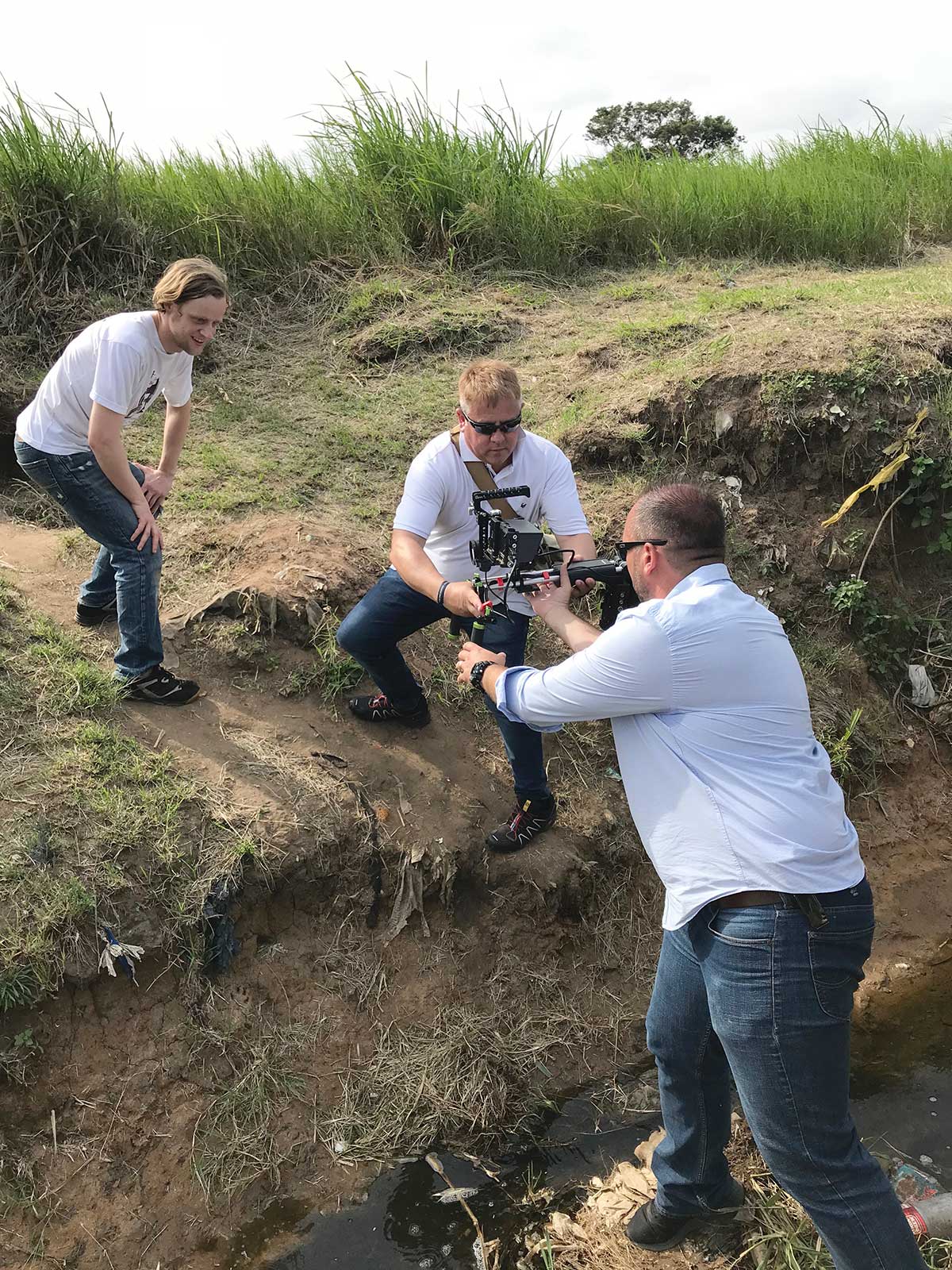 Helge and her colleagues are working to change this. Together with the community, they want to reclaim KwaMashu and the open space separating them from Bridge City. How can they achieve this goal? The answers are: lots of patience and lots of ambition. They are building bridges across creeks, they are building a Bike Park for kids, and they are creating many other leisure opportunities to take place on the site. Step by step, people are reclaiming their neighborhood and their open spaces. This approach has proven to be successful – for example in Bulver Park, in the Durban neighborhood of Glenwood.

There, people were fed up with not being able to enter the park without being mugged. Some years ago, they took action: they cleaned up the park, showed their presence and could even design a small open air gym (these are incredible popular in Durban). It took some three years for them to reclaim the park, says Helge. Today, Bulver Park is considered safe – and when offices and schools close in the afternoons, kids and adults flock to the park. They have picnics, play games, go for runs and do workouts. Sometimes, change does happen fast. 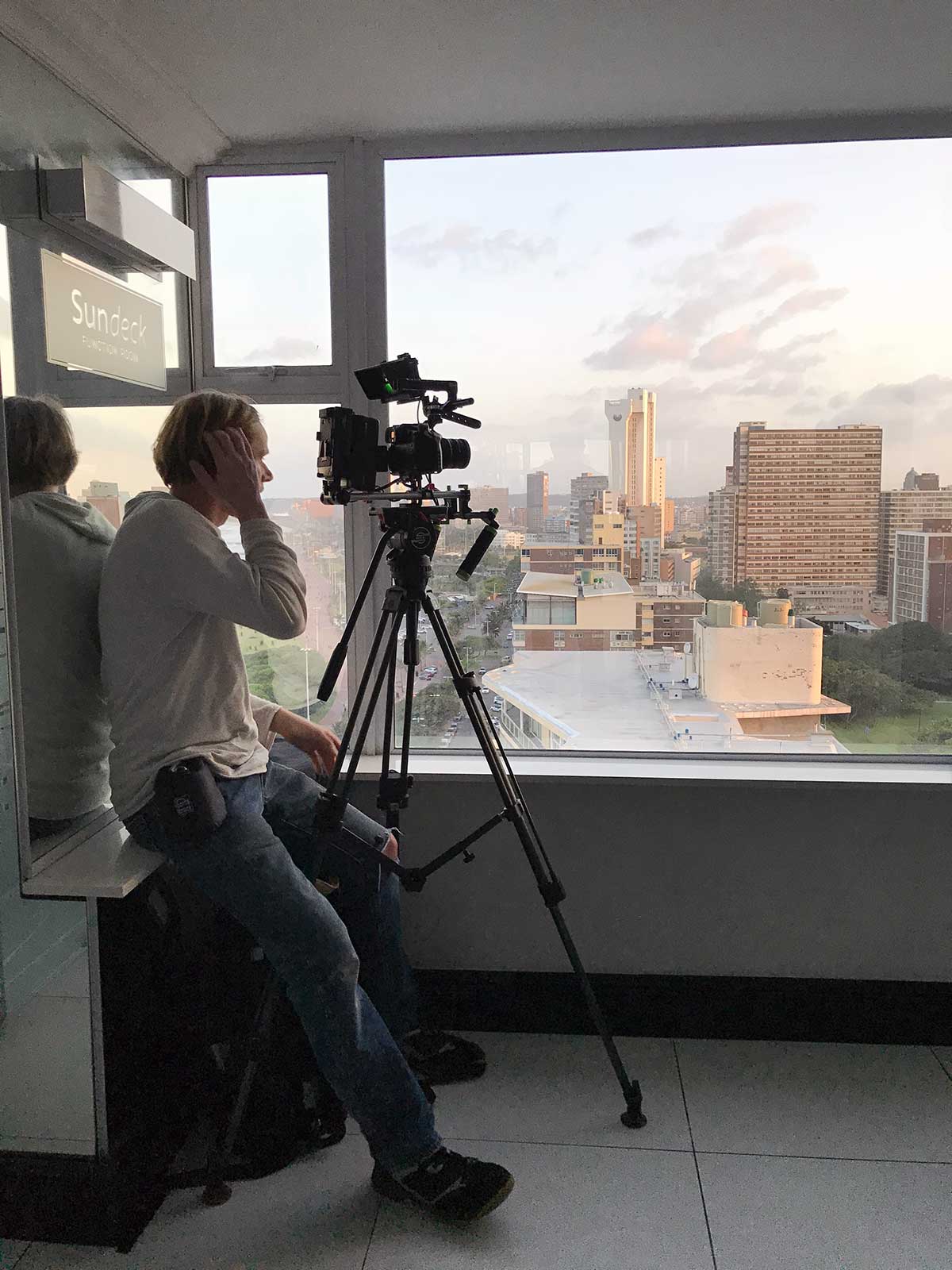 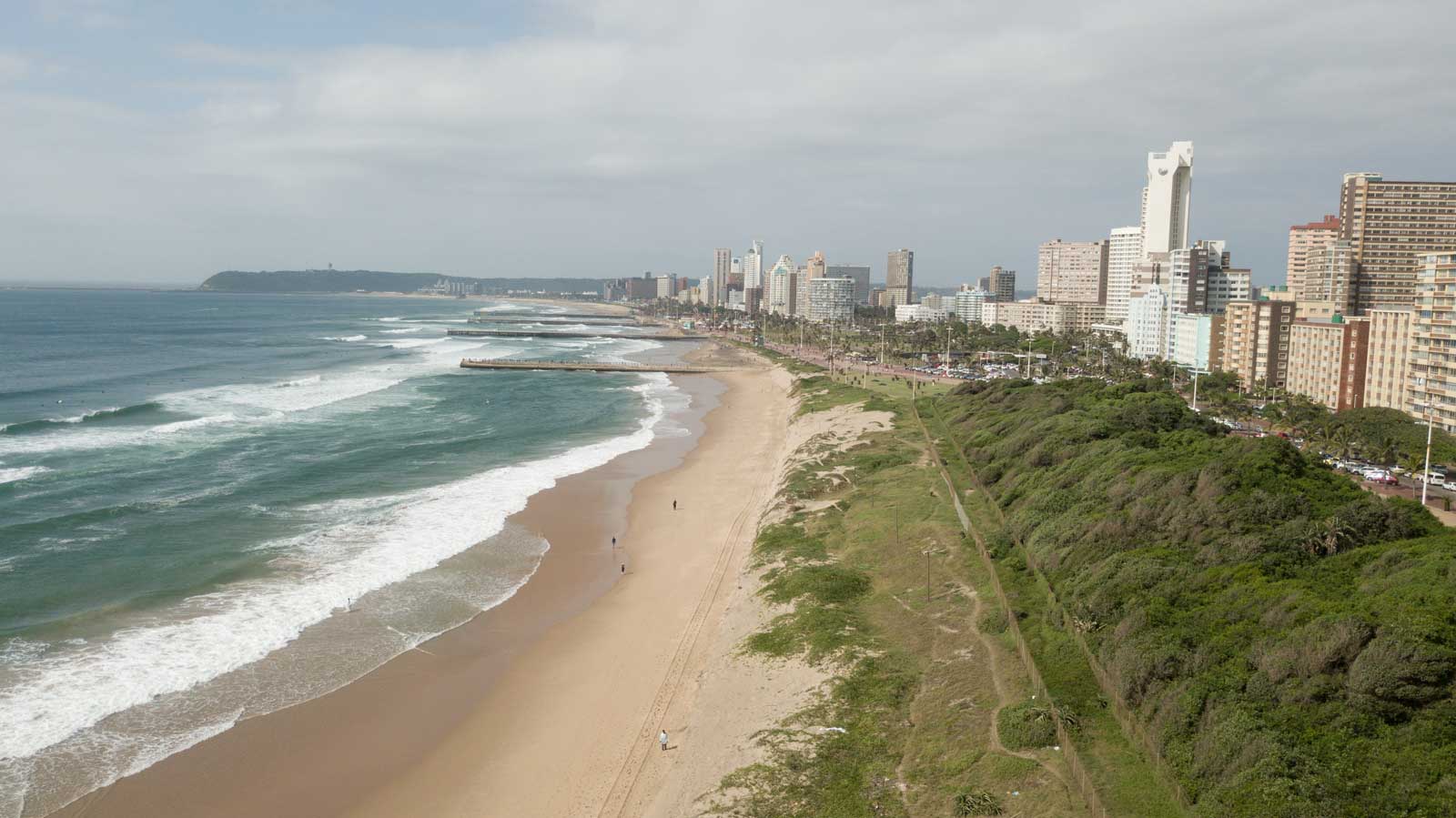 The best airport to be stuck at