„India has to become rich before it becomes old.“ 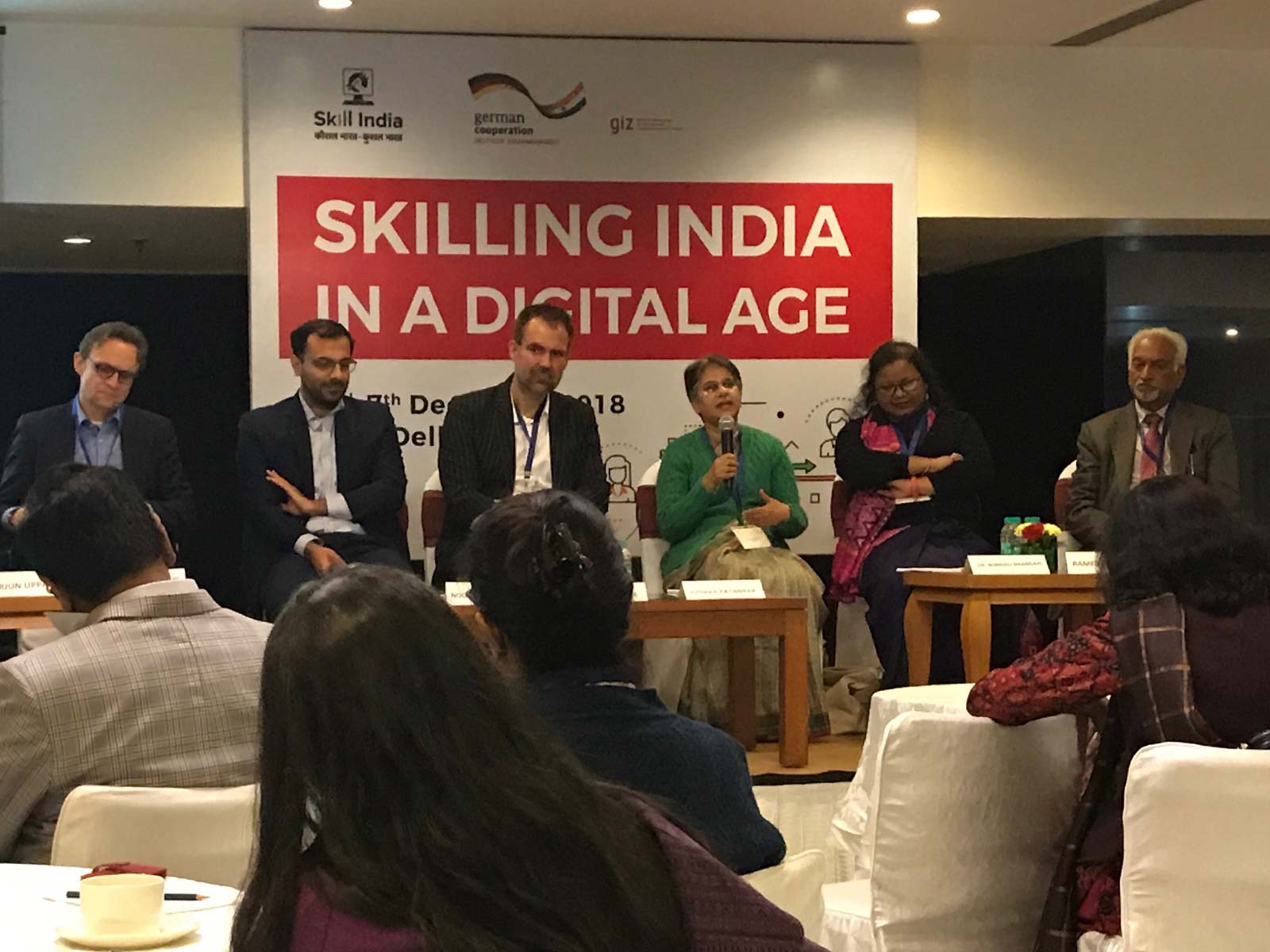 Germany’s dual training system (combining on-the-job training in private firms with formal education in state-run schools) has been adopted by many countries around the world – a truly successful export product! In India, too, demand for it has increased. But can the model simply be transferred to another country’s context? And what are other means to modernize India’s vocational training system? Experts from the fields of education, economy, and politics addressed these questions at the conference “Skilling India in the Digital Age” that took place in Delhi in early December. On behalf of the GIZ, we documented the event.

India is facing immense challenges. One of them is demographic change. Currently, the country’s population is very young. But the birth rate is declining, while people are living longer. Similar to the situation in Germany, India’s youth will be responsible for taking care of very many elderly people – and this is a population of 1.2 billion. A representative of the Ministry for Skill Development and Entrepreneurship nailed it when she said that”India has to become rich before it becomes old.”

The economy is growing and demand for skilled workers is high. But these are rare in India, as hardly anybody has gone through proper vocational training. Such lack of formal training considerably diminishes chances of a well-paying job – and of putting money aside for retirement age. This is one reason for the immense interest in new approaches to professional training.

Next to the dual training system, digitalization was the other big topic at the conference. To invest in digital and mobile learning techniques makes a lot of sense in India: the population is young and tech-savvy. Mobile Internet is cheap. Network coverage is better than in Brandenburg (although this is not all that difficult). To organize trainings online also means that students can participate from anywhere. This is a big chance for rural regions, where long distances often don’t allow people to attend trainings.

Still, the topic is charged with conflict. There’s disagreement on who will bear the costs of developing digital training systems and on who will be responsible for content and curricula – the state? The economy? And, above all – how to keep up with such fast-changing technologies? Nobody wants to invest time and effort into developing courses that will be outdated shortly afterwards.