Marble and the "Cleanliness School" 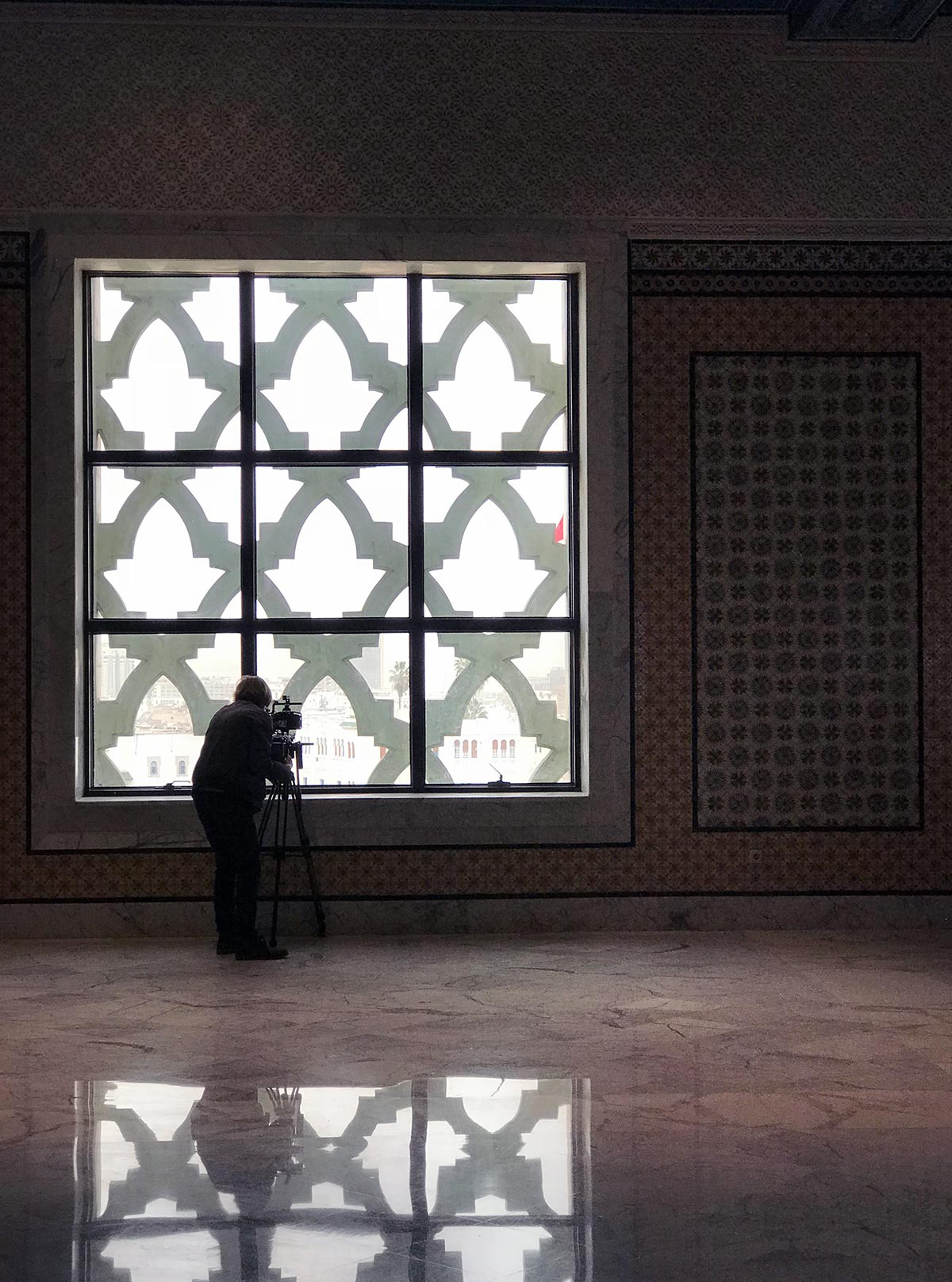 Today, we meet Jörg Naumann – an expert on waste management from Cologne – at his work place, the Tunis City Hall. The City Hall is an impressive building in the government quarter. We have to pass through a vast entrance hall clad with marble, followed by some impressive stairs. Compared to this, the offices seem quite small and not at all representative. 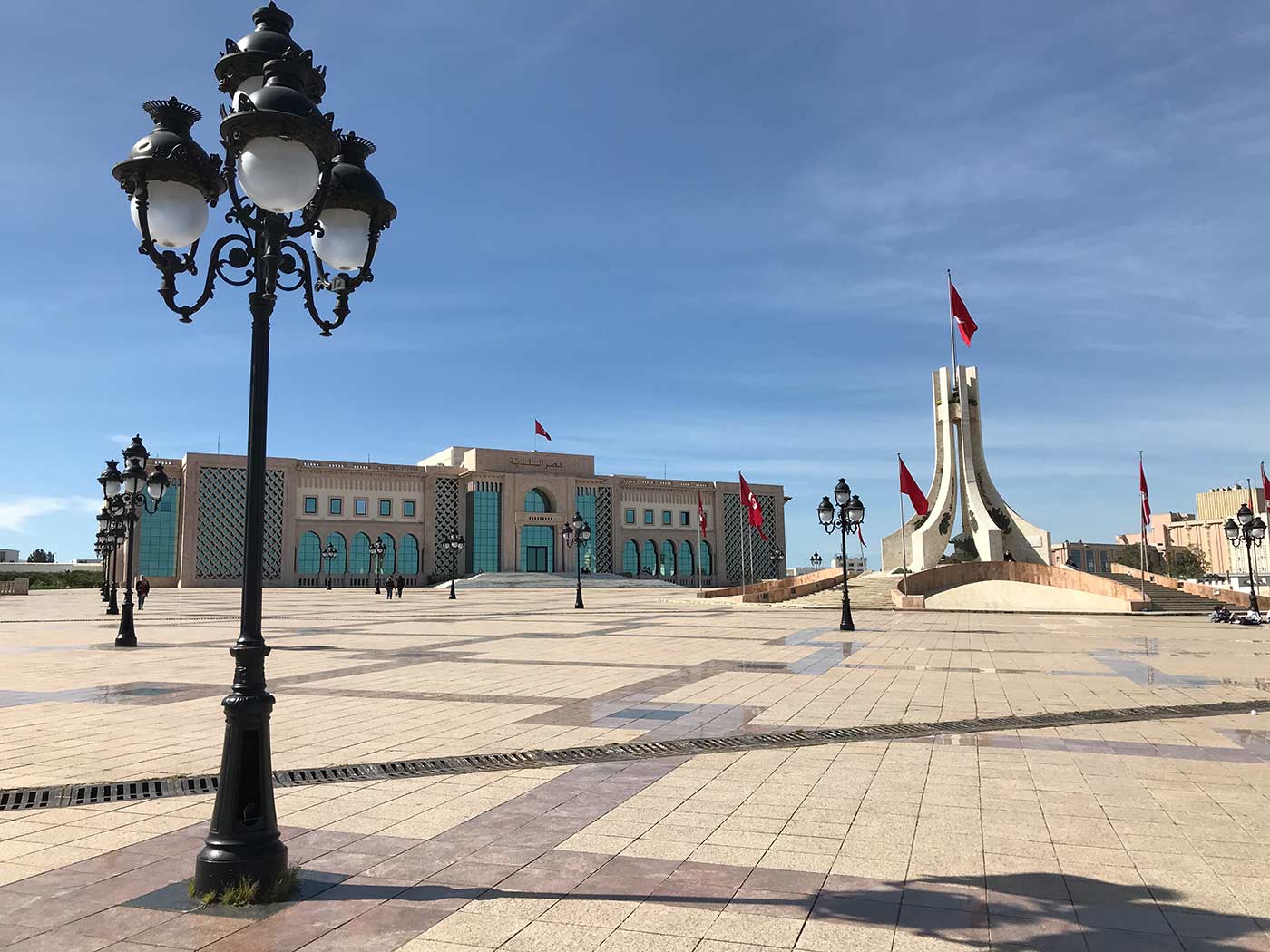 In his office, Jörg Naumann tells us about how he directly works together with Tunis’s general manager for environment, cleanliness, and hygiene. Together, they develop a sustainable waste disposal strategy for the city.

He underlines once more that the most important aspect of his job is to create awareness for the waste issue among the population. What are his plans to achieve this? For example the “Cleanliness School” that he is showing us this afternoon. The projects not only offers training programs for garbage truck drivers, but also courses and information for the public. 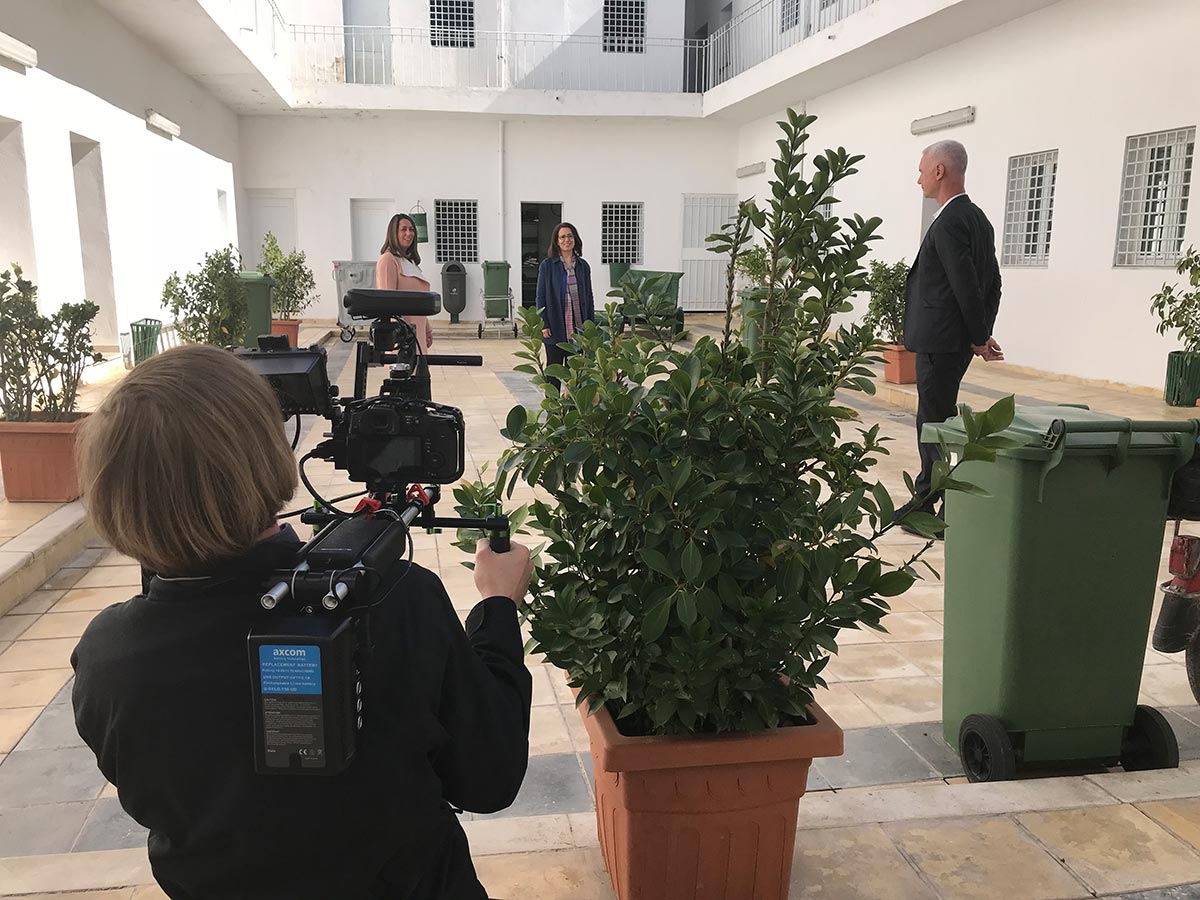 “We need to start with the kids” says Jörg Naumann. He organized an exhibition that deals with maritime pollution through plastic waste. The exhibition will open in Tunis in September and will be accompanied by a variety of events and training programs. It is aimed at creating awareness among the public and at providing information on what each of us can do about the pollution of the sea.   Equipped with the results and experiences from Tunis, the exhibition will travel to Cologne.

Later that day, we gather some film material throughout Tunis. As soon as we set up our camera anywhere, police shows up and asks to see our filming permit.   Who are we working for? What is the film going to be about? Then they take their time to look at our papers and to discuss. At some point, there will be nodding – and the permission to continue. Often they want to talk to us about football. “Has Bayern München already won the cup?” is a question we are asked more than once. Sometimes the world feels really small after all. 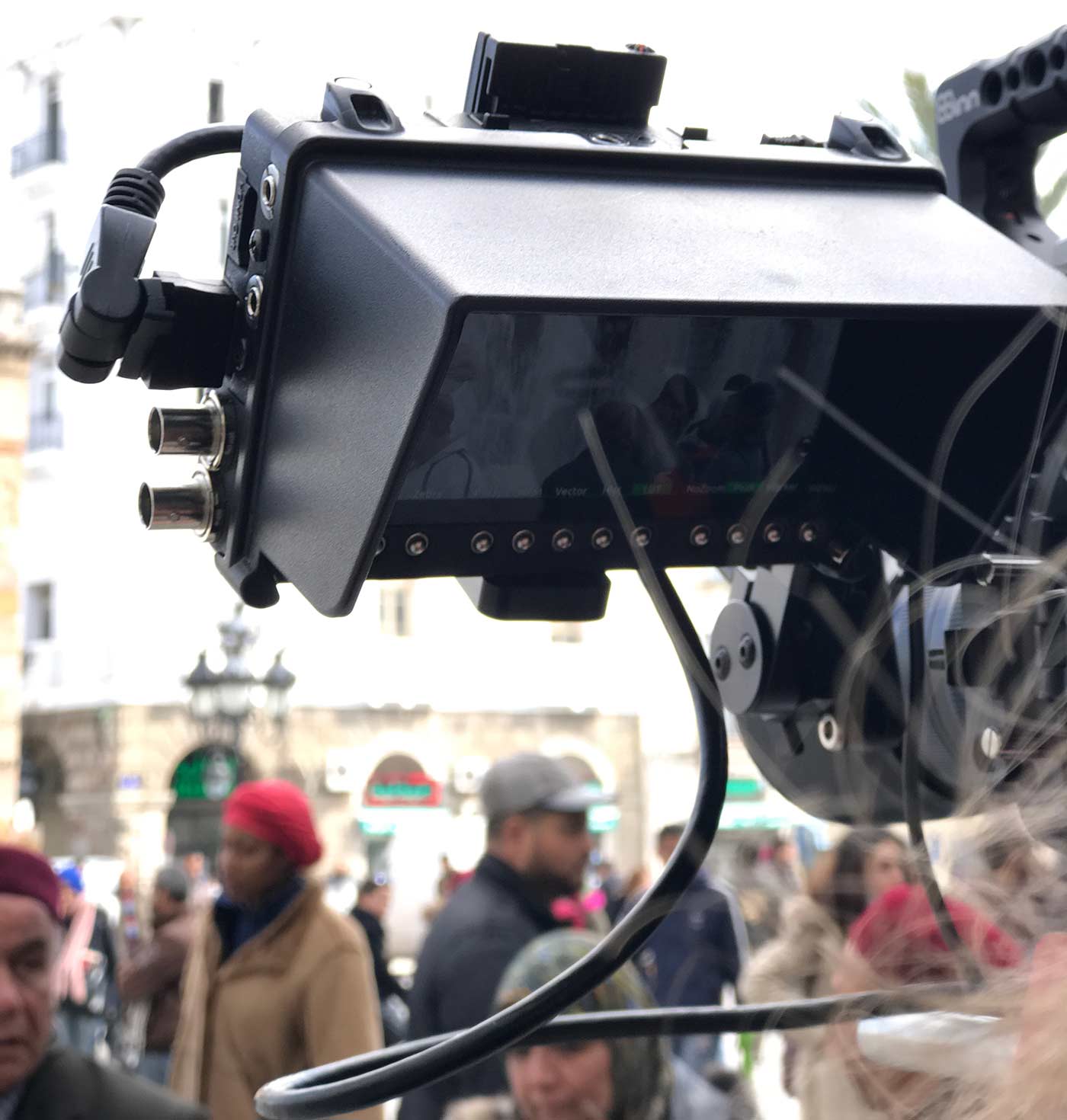 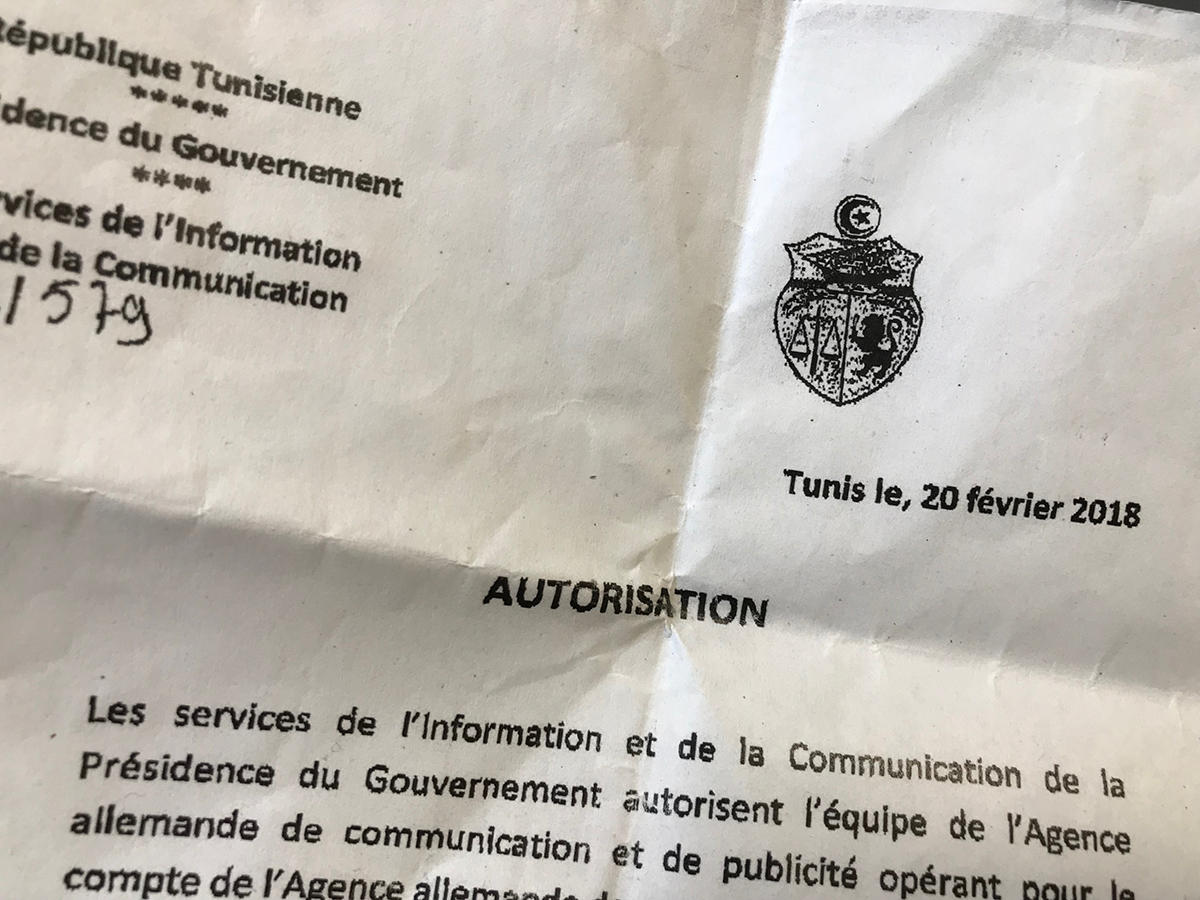 The freeze is thawing in Bijeljina

The Balkans … Our first trip

Bosnia and Herzegovina and Serbia